Dell has unveiled three consumer systems – the XPS 410n and Dimension E520n desktop PCs and the Inspiron E1505n notebook – that are now available with Ubuntu 7.04 Linux as the factory installed operating system.

Dell is offering hardware options on each system that have the most mature and stable Linux driver support, according to the company, which added that these hardware options have been thoroughly tested and certified by Canonical (the commercial sponsor of Ubuntu). For hardware options not offered with this release, Dell is working with the vendors of those devices to improve the maturity and stability of their associated Linux drivers, and expects to have a broader range of hardware support with Linux over time. 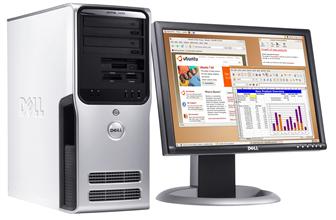