PowerColor has launched a series of AMD/ATI X1550 based graphics cards aimed at entry-level systems designed for premium editions of Microsoft's Windows Vista operating system. PCI Express and AGP versions of the card are available as well as ones featuring a heat-pipe based silent cooling system.

With the PowerColor X1550 user have enough power to enjoy the new Windows Aero user interface and high-definition (HD) video, says the company. The AMD/ATI X1550 has a suggested retail price of US$69.99, according a company spokesperson. 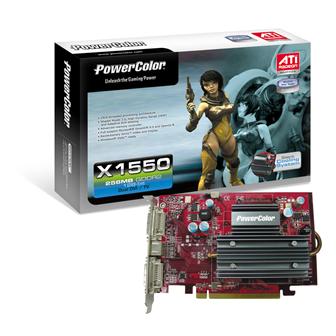