Based on the Nvidia GeForce 7800 GTX 512 GPU, the new EN7800GTX/2DHTV/512M graphics card features 512MB of DDR3 memory, a 550MHz engine clock and a 1.7GHz memory clock. Availability is slated for the end of November, with a suggested price not yet released, according to the company.

At the end of June of this year, Asustek released the 256MB-version of its EN7800GTX graphics card. The card supports a 430MHz engine clock a 1.2GHz memory clock and 266MB of DDR3 memory. 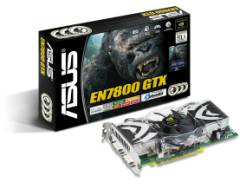