In related news, Hewlett-Packard (HP) Taiwan recently also rolled out a 21-inch widescreen LCD monitor in the Taiwan market with a price tag of NT$21,900 (US$650), according to the company. 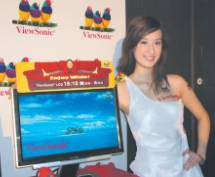 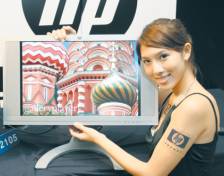