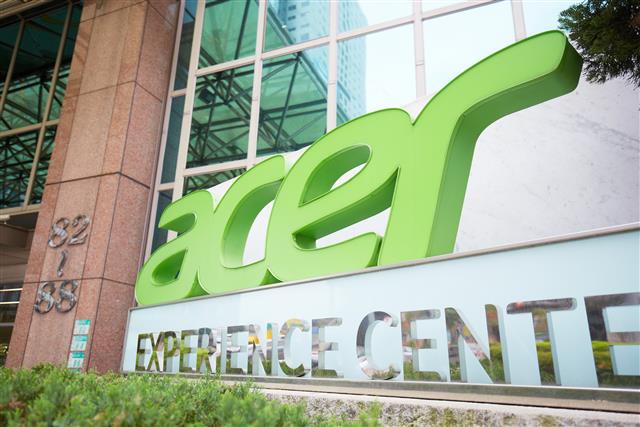 Acer expects its subsidiaries' and affiliates' expanding business scales to help weather the impact of inflation and other negative factors on its overall performance in the second half of 2022.

Acer CEO and chairman Jason Chen said the company's subsidiaries and affiliates have been greatly affected by the COVID-induced lockdowns in southern and eastern China, inflation, interest rate raise by Taiwan's central bnk, and the Russia-Ukraine war recently.

Acer has over 20 subsidiaries, many of which have already become publicly listed. One subsidiary is expected to launch an initial public offering (IPO) in the first half of 2022, while another one or two will follow suit in the second half of the year.

Meanwhile, Acer e-Enabling Business (AEB) has been approved for listing on the mainboard of the Taipei Exchange, and Highpoint Service Network's application to publicly issue its stock was approved this January.

Chen said Acer has discovered an effective formula to expand the business scales of its subsidiaries, and he expects the group to have more than 10 publicly listed subsidiaries by the end of 2022.

Acer noted that non-PC/display businesses had contributed 21.9% to the group's April revenue, up from the 14.4% during the same period last year.

Led by Acer Group's Pan-Asia Pacific Operations president Andrew Hou, Altos Computing has set up new subsidiaries in India and Thailand in 2022 to expand its presence in local server markets.

AcerPure, which specializes in home appliances, has also introduced its new air purifier series to Taiwan, India, Thailand, Malaysia, and Hong Kong, and it is planning to begin selling the products in France, Germany, and other European markets in 2022.