VIA and Mecer announce Education PC for Southern Africa

VIA Technologies and Mecer, a PC maker in South Africa, announced the new Mecer Education PC powered by the 1.5GHz VIA C7-D desktop processor.

Leveraging the energy efficiency of the VIA C7-D processor, ideally suited for Africa's straining electricity infrastructure, the Mecer Education PC is available at an assortment of major retail stores in Southern Africa and is compatible with a variety of operating systems, according to the companies. 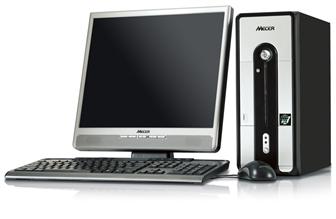 Tags
Mobo, chipset Mobos
Share this article
Other links
Print
Related content
Related stories
Systemax launches PC using VIA energy-efficient board and processor in US
VIA introduces new Nano-ITX motherboard for embedded systems
VIA to launch new processor architecture in 1Q08
VIA reportedly to focus on own-brand chipsets
VIA and SiS see sales drop in first half of 2007
VIA introduces new Mini-ITX motherboards
VIA profitability to be difficult in 2007