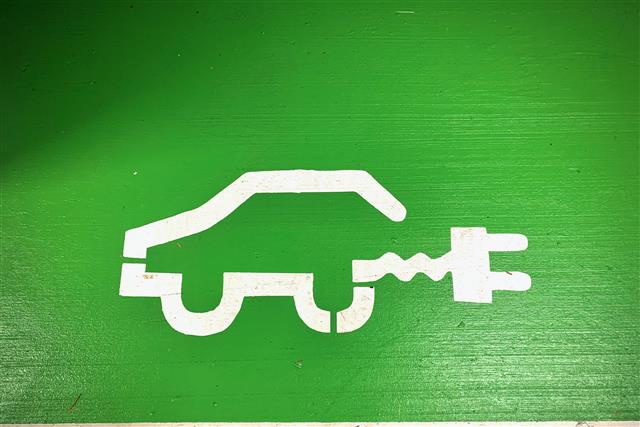 The current approach to fixing climate change is not promising. Not only are many efforts going into the net-zero project, but the outcome is always the bathtub metaphor.

In further words, even if people emit less carbon dioxide, the amount still increases from day to day.

DIGITIMES Asia agreed with Dr. Bjørn Lomborg, one of TIME magazine's 100 most influential people in the world for his contributions to humanity, the world needs to implement carbon pricing.

"This is not a controversial idea," Lomborg wrote in his book titled False Alarm. "Most economists agree that the most effective way to reduce the worst damage of climate change is to levy a tax on carbon dioxide emissions."

The below figure shows that the majority of G20 countries had an increase in carbon emissions between 1990 to 2019. Direct carbon pricing refers to carbon pricing tools that incent a proportionate price according to the emission levels of a product or service, mainly through a carbon tax or emissions trading system (ETS).

Indirect carbon pricing refers to tools that change the price of products associated with carbon emissions in ways that are not directly proportional to those emissions. Examples are fuel and commodity taxes and fuel subsidies affecting energy consumers.

The question is, why a carbon tax?

A carbon tax encourages all stakeholders in the market to be more environmentally conscious and reduces carbon emissions.

Consider, for example, a laptop one bought from Harvey Norman. Carbon emissions happen at every stage of the process, ranging from the chip-making process in a fab clean room to the customer's study desk.

With a carbon tax, Harvey Norman would pay a little more for fuel. Companies on a tight budget would find the best stratagems to strengthen the supply chain and reduce their vulnerability. This includes assessing areas with a high climate risk factor or a high greenhouse gas emission rate.

Even charging the laptop in a café will add a tiny extra cost because the café pays slightly higher electricity bills.

One can see that the costs of implementing a carbon tax are passed on to every other stakeholder. Eventually, every stakeholder in the chain will always reflect on their own carbon footprint in monetary terms.

Like a coin, every consequence has two sides. On the other side, carbon tax makes the world poorer than it is now, as it causes damage to the economy.

One may ask, "What about an alternative solution?"

How ethical is carbon offsetting?

Carbon offsetting has become an increasingly popular way for companies to reduce their carbon emissions and do their part in fighting climate change.

Companies can purchase offsets, compensating third parties who are involved in emissions reduction projects like reforestation and methane capture, to make up for any emissions that the company cannot reduce.

This is where the carbon offset wrangle comes in. John Doerr, chairman of venture capital firm Kleiner Perkins, in his own words, argued that "offset" is a "loaded" term, both "heavily criticized" and "broadly used."

At its worst, offset is degrading to an exercise in greenwashing. Doerr commented, "a way to absolve companies or individuals from responsibility for bad behavior."

In an article titled "The fantasy of carbon offsetting," Robert Watt stated, "If capitalism is understood as a system offering enjoyment, then carbon markets can reinforce its promises of jouissance by offering to remove the 'stain' of excess carbon (which threatens capitalist enjoyment) via pricing, trading, and offsetting."

"However, knowledge of problems and contradictions, generating symptom, does not necessarily generate change," Watt continued. "Even if people recognize that their activity involves following an illusion; still, they are doing it."

Developed by the Voluntary Carbon Markets Integrity Initiative (VCMI), the Provisional Claims Code of Practice, a multi-stakeholder initiative, was launched last July in response to the carbon offsetting debate.

The objective of the initiative is to ensure that voluntary carbon markets are actually delivering the levels of mitigation and sequestration needed.

The VCMI Code is made to increase the clarity of carbon-offsetting claims when said claims are valid. There are three categories: Gold, Silver and Bronze. Claims can be made by the company as a whole or on a brand-, product-, or service-specific basis.

The Code provides corporations with a roadmap for integrating the VCMI's 12 principles into their annual bottom line:

VCMI's intention is to issue a final Claims Code in late 2022 or early 2023 based on the company's road testing, public consultation, and learnings through additional assessment. The initiative also expects to carry out a full review of the Claims Code in 2025.

Corporates such as Google, Unilever and Hitachi had already confirmed their participation in 'road-testing' the Provisional Code prior to the event.

In a nutshell, the lines between 'reality' and 'fantasy' of carbon offsetting are no longer blurry. With the new initiatives, it is more cost-effective and efficient than ever before.