Shadoworks to enhance VR applications to education in 2019

Shadoworks Studio, founded in 2016 to develop VR and AR solutions, will focus its business on education, entertainment and industry applications in 2019, according to company chairman Andy Peng.

In terms of education, such segments as cultural experience and simulation experience are what Shadoworks is actively tapping into, Peng said, adding that his company has teamed up with many education units promoting VR experiences.

He continued that entertainment will be a sector seeing quieter development in 2019, and only a few top players among over 1,000 developers of entertainment VR solutions and games can manage to maintain profitable operations in the year.

Based on his observation about the AR market, Peng said, AR mobile games have experienced constant quality upgrades, but it will take some more time for the industry to develop its market scale.

Peng continued that one of the problems that need to be addressed is that the hardware battery life can hardly support high power consumption of software systems. He said that a handset's battery power will run out quickly if it is used to run AR games, and parents usually will not allow their children to play such games, which may affect the development of the AR mobile game sector. 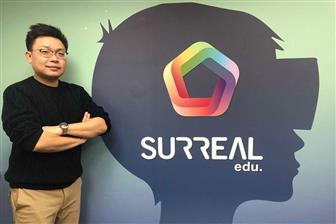