The prospects of the HTML5-based Firefox OS

With the fast expanding reach of the Internet and the approaching of the era of cloud computing, the HTML5 open platform enables quick development of cross-platform applications, easing concerns that there may be different user experience on different connected devices. Mozilla, known for its Firefox web browser, is also eyeing the mobile operation system (OS) market. It has launched Firefox OS, which is based on HTML5 and Open Web resources. It is a truly open source platform that frees software and hardware designers from the restrictions that would otherwise be imposed on them by closed and semi-closed platforms.

The advantages of open platform

During a recent forum, Mozilla Taiwan Marketing Director Michael Hung explained why Firefox OS is necessary and where its advantages lie.

In terms of mobile computing, iOS and Android combine for an overwhelming share of more than 90% of the smartphone market. Not much room has been left for others, not even for the software giant Microsoft, whose Windows Phone can only be fighting for third place and a small fraction of the market. Why, then, a small organization like Mozilla is eager to have a share of the "Red Ocean" by launching its Firefox OS? Hung noted that it has something to do with the nature of Mozilla. Historically speaking, Netscape had more than 80% of the browser market in the early days of the Internet, until Microsoft launched its Internet Explorer (IE) in 1996 and the tables were beginning to turn. In 2002, Microsoft's IE had over 80% of the market.

With a drastically shrunk market share, Netscape was taken over by AOL. It then released its browser source codes. It was at this time that the Mozilla Foundation was first conceived. The formal establishment of the foundation in 2003 came with a goal to return to the browser market, and the Firefox 1.0 was officially unveiled towards the end of 2004. The foundation's volunteers even used their own money to run an advertising campaign in New York Times to announce to the world that there was now an alternative to IE.

Many users thought at the time that IE's dominance might not be a bad thing; after all it was a mature product. But its dominance meant there was no pressure from competitions, and its upgrades came very slowly, hindering the development of the Internet. For example, there was a gap of five years between IE6 and IE7.

Mozilla on the other hand did not aim at profits, and its Firefox underwent constant revisions (currently it is updated every six weeks) to meet fresh needs with new functions and components. Firefox's market share then grew gradually, and by 2009 it had obtained more than 30% share. Mozilla has succeeded in turning the browser market into an open market where no single standard can dominate it.

Something similar is happening in the mobile platform market: iOS and Android have more than 90% of the market. That's why Mozilla decided to jump in to offer a truly open platform.

Hung pointed out that iOs is a closed platform, while all those in the Android camp must follow Google's specifications. The availability of incompatible platforms means developers have to create different apps for different OSs.

The iOS platform requires apps to be written in Objective C, and all SDK (software development kits) must be developed specifically for Apple's hardware platform. The same is true for the Android camp, whose engineers use Java or some languages to develop the apps. We can see that program developers must learn all necessary languages and hardware system specifications when developing new apps. Although some third-party software tools in the market claim that they can enable cross-platform transplant, developers must pay for the programs, as well as access to the libraries. And they have to do debugging and performance tuning on their own. They have to spend a lot of time and resources, which means extra costs of app development.

At present, the standards of mobile platforms are set by the OS providers themselves. This means an app could be made useless overnight if the OS provider changes the standards. But the Open Web Platform is one where no individual has the absolute authority. Everything must be collectively discussed and decided. The W3C (World Wide Web Consortium) makes the standards for everyone to follow. The open-source technology gives the industries room to improve.

While the desktop OS segment has been steered towards Open Web designs, the mobile OS segment has remained in a world of closed platforms. Mozilla, in a bid to pry open this closed world, devised the Boot to Gecko (B2G) project in 2011, and rebranded it Firefox OS in 2012. Open Web standards and architecture are incorporated into Firefox OS, allowing developers to use HTML5 to develop various cross-platform native apps. They do not have to rewrite their apps to fit different hardware architecture, and this accelerates their products' time to market.

Despite being a latecomer to the OS market, the Mozilla open source model has received much approval from vendors. The initial version of Firefox OS was released in April 2013. It consists of a Linux (Gonk) kernel, with Gecko as its rendering engine. The next layers are: HTML5-compatible Web APIs and Web Activities; GAIA user interfaces (based on HTML5, CSS and JavaScript); and HTML5 applications.

The booting up of Firefox OS starts with the bootloader, through the Linux kernel init, to the Gecko process and finally to GAIA system apps. Since the OS is based on HTML5 and Open Web resources, developers only have to learn HTML, JavaScript and CSS; no other languages are necessary.

It is worth noting that the Firefox OS marketplace is also open. Vendors can not only leverage the app resources readily available in the Firefox marketplace, but also set up their own marketplaces (they set their prices and maintain their own software) for use by Firefox handsets. This is quite attractive, compared to the other two OS platforms.

Currently, Firefox OS's major R&D work is handled by Mozilla Taiwan, which was set up two years ago and currently has a team of more than 100 people. A comprehensive list of HTML5 APIs and Web APIs is available on the Mozilla Foundation's website, and the current development status for each API is shown. For example, "D" refers to desktops, "A" refers to Android (Firefox also supports the Andriod platform), and "B" refers to B2G (i.e. the Firefox OS platform). Different colors are used to indicate the progress.

Furthermore, handset platforms are very different from desktop ones (e.g. handsets offer calling, vibration, screen rotation, power management, and location functions). New APIs developed for handsets must be approved by the W3C committee before becoming new standards. The W3C decision-making process is transparent, with all of the committee's meeting minutes being made public weekly. Developers can freely obtain the source codes, and if there are bugs, they can find solutions through discussions within the Mozilla community.

The future of Firefox OS

Firefox OS was demonstrated at Mobile World Congress in February 2013, and picked up momentum fast. The first Firefox OS handset was introduced into the market in Spain in July. Other commercialization projects have also been picking momentum.

So far, Firefox OS already has all necessary app support, and it allows customized software to meet specific market demands, such as those for YouTube, Facebook and Twitter. As of 2013, Firefox OS-based devices were available in 14 countries in Europe and Central and South Americas. They initially targeted entry-level smartphone segments, or emerging markets where there was a transition from feature phones to smartphones, avoiding markets already dominated by iOS and Android.

Although Firefox OS is still a young product with fewer apps than its two major competitors, it has very strong prospects as its APIs, software and hardware ecosystems improve. The focus for 2014 is to raise the performance of Firefox OS, enhance its functions and expand its popularity among vendors. 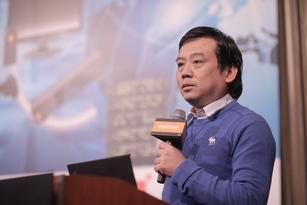