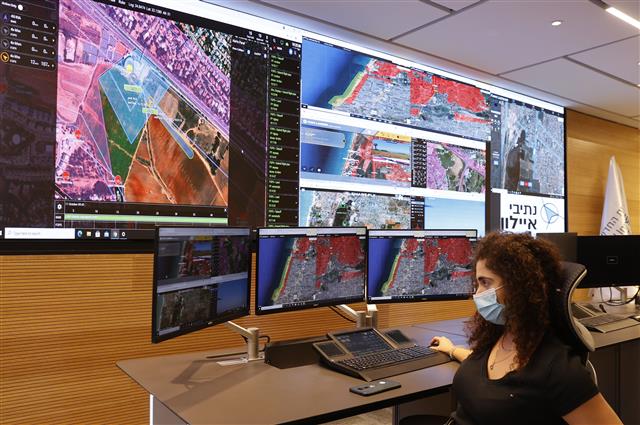 There is no manufacturer of cars, trains or airplanes in Israel, yet the country is esteemed as a leader of transportation technology. As the world is moving into electric mobility, startups on novel car tech are mushrooming in the country, attracting big investors from the established auto industry.

According to data from Start-Up Nation Finder, the number of Israeli startups on cars has more than doubled over the past decade - from 207 in 2011 to more than 450 so far. Their innovations range from hardware, software, equipment to service platforms, and they are making contributions to global transition to cleaner energy.

Accounting and consulting firm BDO in 2021 said Israel could be a global leader in the transition to EVs, but its growth was impeded by poor infrastructure, especially its electricity grid. Israel was not ready yet to support the 215,000 electric vehicles that are expected to be in use within four years, the firm was quoted as saying by The Media Line.

The Israeli government has also declared the goal to ban the sale of petrol and diesel cars by 2030 though there are questions about how it is going to meet the target. Israeli prime minister Naftali Bennett said the country is committed to achieving carbon neutrality by 2050, which should be translated into faster transition to EVs.

The report cited Israeli car industry sources as saying that there is a backlog of over 12,000 orders for EVs. By end-2022, EVs would account for more than 8% of the country's new car sales if importers succeed in delivering them to customers.

Its technological and innovative capabilities have attracted investments from big automakers. General Motors, Hyundai Motor, Bosch, and Mercedes-Benz Group have established R&D centers in Israel. Hyundai and Ford have also set up tech scouting offices there.

Israeli startups could become pioneers of next-generation EV technology. For example, StoreDot said it has developed extreme-fast charging (XFC) batteries, including one that can power an EV for up to 100 miles in a charge of five minutes (100in5). According to its website, the product will be upcoming in 2024, followed by other models (100in3 and 100in2) in 2028 and 2032.

StoreDot has secured an investment by Volvo Cars Tech Fund, the venture capital arm of Volvo Cars, according to Volvo's press release in April 2022, though it did not disclose the investment amount.

Note: Data as of June 9 without including makers of hydrogen-powered cars
Source: CompaniesMarketCap.com, compiled by DIGITIMES, June 2022