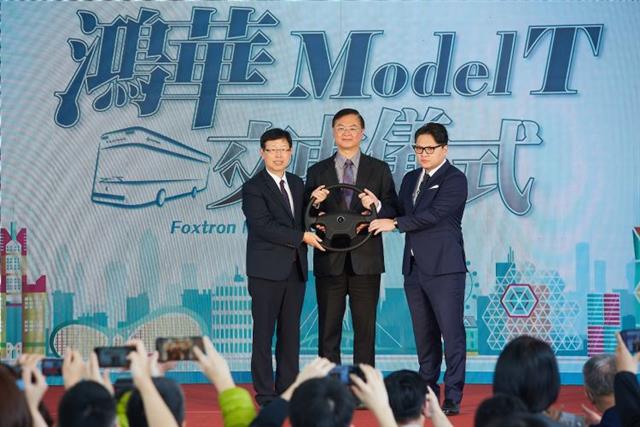 Foxconn on March 3 delivered an electric bus developed by its subsidiary Foxtron Vehicle Technologies to Kaohsiung, and it is planning to build an electric bus ecosystem in the city by furthering its cooperation with the local government.

Speaking to the media, Foxconn chairman Liu Young-way said the delivery of the electric bus is in alignment with the company's electric vehicle (EV) vision and the growing demand for energy storage systems (ESSs). Unlike passenger EVs, electric buses require a suitable environment and industrial ecosystem to function, he explained.

Liu said Foxconn wants to accelerate the development of the electric bus industry in Kaohsiung through the ESS, battery, and battery cell industries. He said the company will have four investment projects in Kaohsiung in 2022, including basing its electric bus design and battery manufacturing operations at the Qiaotou Science Park.

With a long-term goal of expanding its electric bus business to overseas, Foxconn will face an increasing number of competitors as time goes on, said Liu. However, he pointed out that only companies with strong capabilities will be able to survive the fierce competition.

Industry sources noted that Foxtron will need to establish a complete supply chain to achieve its goal of having 90% of Taiwan's electric bus components be locally made by 2024. The source said Foxconn's investments in electric bus design and manufacturing and battery assembling will create not only a supply chain for electric buses but also a support network for different ecosystems related to the industry.

The sources pointed out that electric buses will play an important role in both green transportation and smart city projects. The importance of ESS is also expected to grow as demand for electric bus recharging stations increases, they said.

With plans to introduce its first electric bus battery in 2023, Foxconn will likely cooperate with other industry players to develop battery cells, the sources said. The company will place an emphasis on the development of lithium iron phosphate (LFP) batteries, they added.