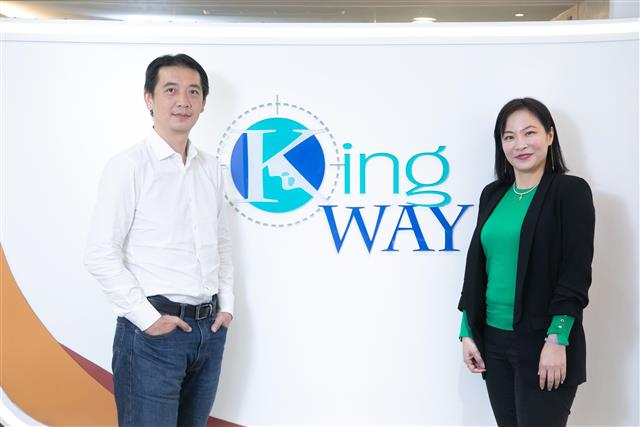 Vehicle-to-everthing (V2X) systems are essential for the development of autonomous self-driving cars, but rigid regulations are impeding progress in the area, Kingwaytek Technology has said.

"Is it a problem of technology or law that self-driving technology cannot be commercialized soon?" Kingwaytek general manager San Huang said during an interview with DIGITIMES.

What thwarts the progress of the sector is not technical barriers, but the slow progress of pertinent regulations, he said, answering his own question.

The development of autonomous driving technology must go through different stages and hinges on healthy business mechanisms, legal frameworks, and market demand, he added.

According to Strategy Analytics, global electric vehicle (EV) revenues will total US$355 billion by 2023, with a compound annual growth rate of 5.6%. Among EV-related technologies, driving information systems, V2X networks, and advanced driver assistance systems (ADASs) are highly valuable and competitive.

It has developed six self-driving buses and one autonomous street sweeper, as well as several operational sites for the vehicles in New Taipei City, Taoyuan, and Changhua County, he said.

Self-driving buses are likely to become commercialized sooner than general-purpose passenger cars, because buses can drive along specific routes. Ordinary roads pose more safety challenges, as adequate regulations are not yet in place and the traffic infrastructure is not entirely digitalized, he said.

In the first quarter of 2021, Kingwaytek saw a 112% year-on-year growth in the number of its V2X platform users.

The growth reflects the increase of subscribers on its V2X platform and its partnership with Chunghwa Telecom and automakers such as Toyota, Lexus, BMW, Audi, and Porsche, he said.

V2X technology is crucial for the commercialization of self-driving cars, just as Internet coverage is for the prosperity of social media and mobile applications, he said.

While the company's V2X platform users have exceeded 100,000, there are more than 7 million cars in Taiwan that could potentially be equipped with their systems, he said.

Because it evolved from a graphical information supplier to a developer of self-driving solutions, Kingwaytek possesses a flexible toolkit, including map data, navigation systems, driver assistance tools, and a V2X platform, so it can serve clients with various needs, said Renee Lin, head of the company's international self-driving tech operation.

Because Taiwan's government has set a policy to electrify all public transport buses by 2030, the company aims to help bus operators switch to smarter ways of managing their vehicle fleets, Lin said.

After helping Tamshui Bus Company develop its self-driving Bus No.168, which shuttles between two tram stations, Kingwaytek has transferred the line's operation back to the bus company. It is also pursuing similar plans with Changhua Bus and Taichung's Green Transit Company.

The company plans to develop more routes for self-driving buses in collaboration with municipal governments and bus companies. It will also push the commercialization of more self-driving vehicles, such as cargo trucks and shuttle buses between designated areas of industrial parks and attraction spots, he said.

Many short-staffed companies in Taiwan have reported their need for automating production processes, which can turn into business opportunities for Kingwaytek as it can promote driverless cars within designated sites, he said.

Because Kingwaytek may roll out new applications for passenger cars, the company still focuses on various developments of HD maps and image recognition technology, he said.

Kingwaytek will keep refining HD graphics for different parts of Taiwan in tandem with relevant developments from other automakers, he said.