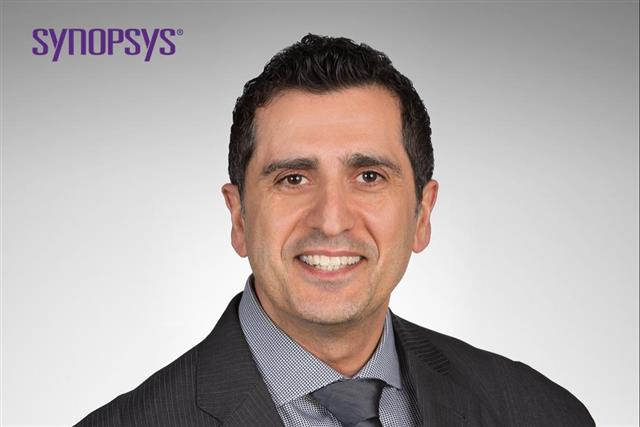 Moore's Law, which predicts the growth of chip computing power, is still valid but has been slowing down. The micronization of the semiconductor process could no longer hold on to the former pace of doubling chip performance every 18 months. Currently, investing in advanced semiconductor processes has become an expensive game that only a few profitable international enterprises could play. As one set of 7nm reticles costs nine million USD, only these companies can bear this astonishing financial burden. Furthermore, the development of the 3nm process is already in full swing in the industry. The escalating difficulty caused global signs of stagnating in the chip developments, resulting in overwhelming pressure on the semiconductor supply chain.

The accelerating expansion of wafer factories has thus become the new norm in 2021. The capital expenditure of TSMC in 2021 set an unprecedented increase. The US and Japanese governments have been eagerly inviting leading manufacturers to establish factories to facilitate the shift and growth of the global wafer manufacturing supply chain. As a result, an increasing number of semiconductor companies pursue greater production capacity. The upstream IC design and electronic design automation (EDA) tool leaders also keep up with this trend, integrating Artificial Intelligence (AI) to advance rapidly towards more prospective software technology development.

Sassine Ghazi, president and COO of Synopsys, during an interview elaborated on Synopsys' development strategy of "SysMoore." It is an innovation that utilizes EDA software technology to accelerate the System on Chip (SOC) design process and achieve critical applications that surpass Moore's Law to drive semiconductor evolution. Regarding the recent global shrinkage of semiconductor production capacity and supply, he saw that not only TSMC but the entire semiconductor industry all significantly increased their production capacity investments in response to this expansion in demand. The main reason for this was the diversified development of intelligent devices that began one and a half years or even three or four years ago.

The technology of Smart Everything in the electronic world has boosted the development of emerging industries. The trending IoT devices driven by smart cities, the foundation for commercialization of 5G technology established by global telecom operators, and more novel technologies powered by AI all contributed to the lightning speed of intelligent device development. The resulting expansion in semiconductor demand intensified the impact on the supply chain. Nowadays, major great powers believe the ability to manufacture semiconductor chips independently affects the future of the automotive industry and high-tech industries such as medical and biotech. It became a crucial strategic consideration in relevance to national security. Therefore, this opportunity to expand the semiconductor industry will become a long-term and raging development trend for years. 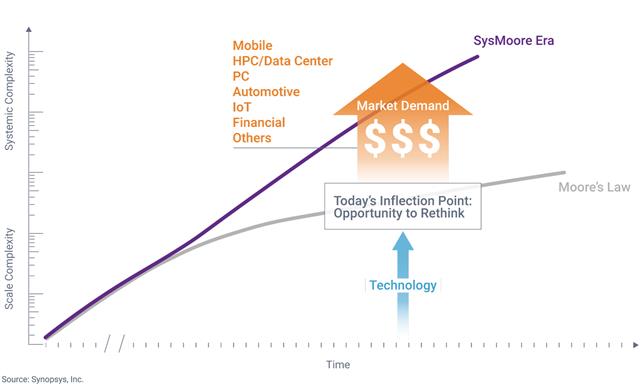 The SysMoore Era ushers in a fundamental disruption in the dynamics of the market.

Ghazi was a IC design engineer before becoming senior business manager and COO. He experienced firsthand the anxiety of facing constantly developing new technologies and high-complexity electronic products through IC design process. Due to the escalating complexity of chips, to ensure both precision and high-level integration, introducing advanced EDA solutions for design has become the industry common practices. Today, the core chip of systems can easily contain IC circuits with more than millions of transistors. The system simulation and verification processes alone put development teams under enormous pressure, not to mention the subsequent sophisticated integration of key components. In short, the level of challenge for process development now is at all-time highs.

Synopsys' EDA solutions focus on design automation to improve circuit design efficiency while providing better reliability for highly complex designs to save valuable engineering labor costs. Whether it's the early functional structure partitioning at the top level of systems, level-by-level system simulation and verification, or physical IC architecting with optimizing tools, the costs can be lowered at the early resource-intensive development stage and boost the efficiency of developing large chips or highly complex system architecture semiconductor products.

Ghazi believes that EDA is the best bridge between the semiconductor manufacturing process and chip design and that EDA can contribute significantly to enhancing semiconductor performance. Five to six years ago, Moore's Law became inaccurate for estimating the density of semiconductor processes. The benefits from chip computing performance growth driven by transistors density improvement are reducing, but there was no sign of decline for the massive demand for chips. This resulted in an exponentially increasing cost for developing single IC chips. Therefore, the IC design industry is seeking a creative solution. The development of SoC brings an opportunity to integrate system function requirements of specific fields into a single SoC to meet market demands. The robust growth of SoC becomes the main background of Synopsys' development of SysMoore.

Ghazi explained that Synopsys was privileged to have established R&D teams in Taiwan at a rather early stage so that its application engineers could continuously make close interactions with Taiwanese semiconductor clients and provide services. Such an advantage enables Synopsys to understand the trend of industry changes quickly. By active interaction on the front line, from the development of the foundry to the response strategy of the IC design industry, Synopsys effectively grasps the evolution of the semiconductor process and aims to bring solutions to the development challenges of processors and SoCs. Under the SysMoore strategy, a series of AI software tools are developed so that EDA can bring revolutionary changes to the new-generation electronic systems. The strategic focus is not only on advanced chip design, verification services, and IP integration tools but also information security, life cycle management, quality testing, and continuous system maintenance and optimization functions - all integrated into the SysMoore strategy. In simple terms, "SysMoore is Moore's Law of software."

AI technology is one of the most critical enablers of this revolution. As early as in 2017, Synopsys' engineering team of architects and scientists used AI technology to promote an insightful concept, "use AI to design IC chips". This may sound sci-fi then, but around the end of 2018, a prototype was developed. In comparison with its counterpart designed by human engineers, the prototype showed many superior benefits in terms of multiple functional goals. Therefore, Synopsys transformed the entire AI module into a system and implemented it to client's designs for more in-depth testing and verification. This led to the birth of DSO.ai (Design Space Optimization AI), the first AI-enabled design automation solution.

The secret of the brilliance of DSO.ai, as Ghazi revealed, is that DSO.ai provides internal algorithms for EDA tools to enhance decision-making efficiency. On the contrary, AI tools developed by regular IC design clients can only find solutions to improve efficiency from external input and output data of EDA tools. This difference between internal and external is the reason why DSO.ai can be faster and more effective.

In traditional IC design, the simulation of pre-architecture and process node selection takes about nine months. The complexity varies from chip to chip, and the situation or timing of DSO.ai usage may differ. It is estimated that DSO.ai saves 35% time on average for public reference. DSO.ai reduces trivial tasks for designers by adjusting tool configuration so that design teams can almost operate like pros and effectively control the Time-To-Market for product launch timing. In addition, there're also areas in the fields of pre-architecture development, chip design implementation, and verification where DSO.ai can get involved to solve other crucial design problems with the same algorithm.

Born and raised in Lebanon, Ghazi had an exciting journey from an IC design engineer to the president of Synopsys. Ghazi's father inspired him as an engineer at an early age, and he dreamt of being one when he grew up. When Ghazi went to the United States for advanced studies, he first majored in business and then went straight to a master's degree in electronic engineering and control systems. As he was trying to pursue a doctoral degree, he found a job opportunity at Intel. So he left his academic career and began his professional career in IC design. He joined Synopsys in 1998 to start a new chapter.

Ghazi went through multiple job rotations with Synopsys, from engineering to business. He found that business is not only to pursue growth, but more importantly, to develop partnerships with customers."Only by helping customers succeed can Synopsys continue to achieve greatness" - This is one of the core values that pushes the entire company forward. Therefore, when he became the general manager of the business group, he realized that the essential leadership skill is to put this value into practice.

Synopsys'core values include integrity, helping customers succeed, unceasing innovation, and forging the greatest consensus to achieve goals. Ghazi advises young Taiwanese engineers need to understand the core value of a company they joined. Only by truly understanding the company's core value and putting efforts into realizing it can these young engineers go further along with this journey.

Push the limits of silicon performance with AI-driven design solutions.