Hsinchu, Taiwan, Dec 21, 2010 - AU Optronics (AUO) announced today that Fang-Chen Luo, AUO's CIPO (Chief Intellectual Property Officer), was honored by the 2011 IEEE Jun-ichi Nishizawa Medal for his long-term contribution to the development of TFT-LCD. The IEEE Honors Ceremony will take place in August 2011, in San Francisco, Calif, USA to formally acknowledge the contributions and accomplishments of the recipients.

IEEE is the world's largest electrical and electronics engineering technical professional association, with currently around 400,000 members in 160 countries. The IEEE Jun-ichi Nishizawa Medal commemorates Jun-ichi Nishizawa of Japan. Nishizawa is renowned globally for his outstanding achievements in the development of semiconductor, thus also known as "Mr Semiconductor" and "Father of Microelectronics" from Japan. IEEE established the IEEE Jun-ichi Nishizawa Medal in 2002 to recognize his lifelong achievements. This internationally known and acclaimed Medal selects its recipients on a stringent set of criteria, including quality and originality of the technical achievement; research effort and resources devoted; number of publications, patents and awards, and their significance; impact on the academia, industry, and benefit to the society. This year's IEEE Jun-ichi Nishizawa Medal co-recipients include Peter Brody, who served at Westinghouse and was also a forerunner in TFT-LCD development, and Bernard Lechner, the creator of active matrix at RCA in earlier times.

Luo's pursuit of TFT began from his doctoral studies at Northwestern University. For forty years, Luo has devoted himself fully to TFT research and development. His leading innovations continually marked the history of global TFT industry. In 1973 and 1974 respectively, Luo demonstrated the world's first TFT-EL and TFT-LCD panels at Westinghouse. For this TIME magazine published an article in Dec 1974, which attracted significant attention in the industry worldwide. Luo was also the pioneer to have applied TFT-LCD to avionics. He made a successful attempt to develop TFT-LCD for military use when he served at GE and OIS. TFT-LCD panels were introduced to numerous avionics programs such as F-16, Apache helicopter, NASA spaceship, and cockpit TFT-LCD panels of Boeing and Airbus aircraft, replacing CRT successfully.

Luo has also committed thoroughly to the development of Taiwan's TFT-LCD industry. After the Taiwan TFT-LCD Association (TTLA) was established in 2002, Luo had been hosting the industry scientific projects of TTLA Advanced Technology Research Organization. Resources were pooled from the whole sector to significantly boost Taiwan TFT-LCD industry's global competitiveness. Luo had served as AUO's CTO since 1996. In October 2010 he became AUO's CIPO, and led his team to develop various innovative technologies, manage and increase intellectual properties, and establish the Company's patent map. Due to abundant R&D energies, AUO rose quickly to become a world-leading TFT-LCD supplier, with the number of accumulated patents constantly exceeding its peers and innovations frequently acknowledged by awards around the world.

AUO will carry on Luo's passion and commitment and continue to develop diverse types of innovative products and technologies. Meanwhile, the fruits of research will also be supported by a robust patent map, so that an all-new green digital life experience will be created continuously through high value-added creations.

IEEE (Institute of Electrical and Electronics Engineers) was formed by the merger of American Institute of Electrical Engineers (AIEE) and the Institute of Radio Engineers (IRE) in 1963. The organization is the world's largest electrical and electronics engineering technical professional association, and currently has around 400,000 members in 160 countries. IEEE's diverse representation makes it influential in areas such as aerospace, computer, telecommunications, biomedicine, and consumer electronics. 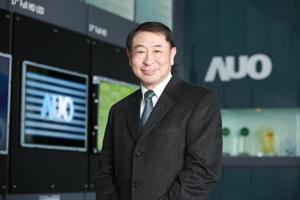