Aurotek, founded in 1981, was one of the earliest automation equipment component suppliers in Taiwan. The company started the business as a distribution agent of mechanical equipment components such as bearings, ball screws, and universal joints from Japan, according to Aurotek's special assistance to chairman Nelson Chang.

As the company grew in years, it assigned an R&D team mainly for the integration of all the related components and supply of complete solutions to Taiwan's equipment manufacturers. Moreover, the team also began offering fine-tuning services to its clients for their equipment, Chang said.

The expansion of the R&D team helped the company step into the brand automated equipment field and supply Aurotek-branded machines directly to the manufacturers. However, to avoid competing directly with its clients, Aurotek's OBM products are mainly targeting the segments where its OEM/ODM clients do not have a presence.

In addition to automation equipment products, Aurotek is also a developer of structure safety devices for buildings, selling products such as isolation and damping devices for minimizing earthquake damage, smoke extraction devices, and energy-saving blinds.

Other than that, Aurotek is also a supplier of PCB depaneling systems, optical communication systems and mechanical arms.

As the automation industry continues seeing significant growth, Aurotek has started to devote more efforts managing the variety of products it distributes. Among Aurotek's automation equipment distribution business, 70% of the products are from Japan-based machine equipment brand vendors and the remaining 30% from US- or Europe-based ones. The increasing demand in the market also benefits the sale performances of its own-brand products, Chang stated.

To maintain the company's competitiveness and introduce more innovations, Aurotek has been partnering with Taiwan's state-owned research institutes such as Industrial Technology Research Institute (ITRI) to jointly work on technology development projects for automation applications, Chang pointed out.

Nowadays, China is the largest automation market in Asia and a majority of Aurotek's shipments go to the country. Although Aurotek also obtains orders from Taiwan, the volumes are much smaller. With the China government's aggressive push of its Made in China 2025 project and 13th Five-year Plan, the worldwide automation and robotic industry is expected to see increasing pressure from the China competition.

Aurotek's sales in China ramped up during the past 2-3 years thanks to its early channels development and solid partnership with clients and will continue pushing it efforts to keep up its performance in the market, Chang said.

Although the competition in the automation industry is getting keener than before, Aurotek is confident it will be able to play a major role in the industry.

Aurotek is seeing a lot of business opportunities from many different automation applications. Aurotek's advantage in customization thanks to its years of experience is continuing to strengthen the company's competitiveness in the automation market, he said. Aurotek is capable of providing comprehensive customization services for its automation products to its clients with the assistance from the R&D team, Chang added. 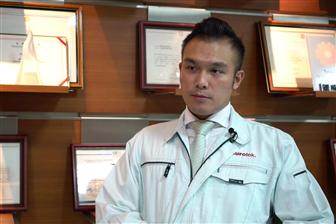