Supporting Intel Socket LGA775 and AMD Socket AM2/939/754 series CPUs, the MaxOrb utilizes six independent channel heatpipes to dissipate heat through the radial fins of an aluminum radiator. The six cooling pipes are attached to the cooler's copper base plate which has a mirror-finish to ensure close thermal contact with the CPU. A built-in fan with a blue LED light ensures that a constant stream of air passes through the radiator fins while casting cool illuminations on the workings of this cooling system.

Thermaltake claims the MaxOrb makes only 16dBA of sound while operating at minimum speed. The also fan has an adjustable speed control to provide more performance for overclocking operations, noted the company. 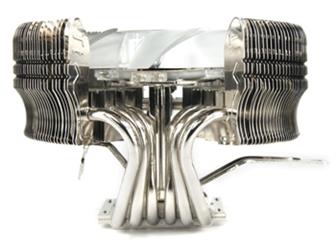 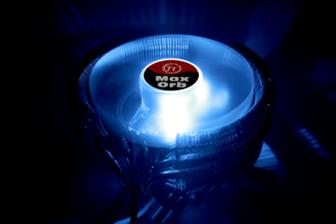