Intel and Micron Technology have jointly announced the development of a new 3-bit per cell multi-level cell (MLC) NAND technology for consumer storage devices such as flash cards and USB drives, with mass production slated for the fourth quarter of 2009.

"We see 3bpc NAND technology as an important piece of our roadmap," said Brian Shirley, vice president of Micron's memory group. "Today's announcement further highlights that Micron and Intel have made great strides in 34-nanometer NAND, and we look forward to introducing our 2xnm technology later this year." 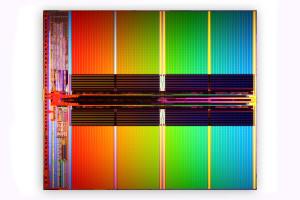