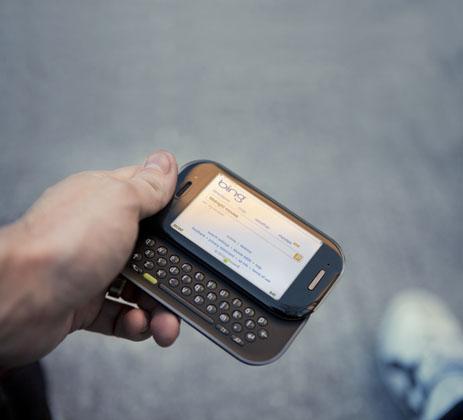 Its hardware design was developed in partnership with Sharp to create a social phone portfolio with two models called Kin One and Kin Two. Both phones feature a touch screen and slide-out keyboard. One is more compact, while Two offers a larger screen and keyboard, in addition to more memory, a higher resolution camera, and the ability to record high-definition video, the company said.

The 5 and 8 megapixel cameras in One and Two, respectively, are designed for use in low light with image stabilization and a bright LumiLED flash.

Microsoft, which previously only focused on operating system development, entered the phone device market when it acquired Danger Inc, maker of the Sidekick devices, in 2008. Kin devices are the first products of the acquisition.

Kin will be exclusively available from Verizon Wireless in the US beginning in May and from Vodafone this autumn in Germany, Italy, Spain and the United Kingdom.