Photo gallery
Where am I?
DIGITIMES
On display
Renesas 16-bit MCU for LED lighting fixtures
Photo: Company
Friday 27 May 2011 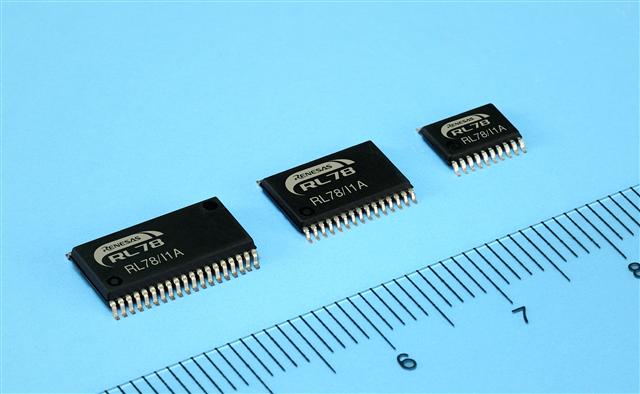 The new MCUs adopt the Renesas Electronics RL78 CPU, which achieves both high computational performance and ultra low power consumption, and include from 32 to 64 kilobytes (KB) of flash memory in 20- to 38-pin package versions. These devices achieve 20% reduced power consumption during normal operation over the Renesas' existing 78K0/Ix2 products.

LED illumination is becoming increasingly widely used in industrial and commercial facilities, in streetlights, and in home lighting. The global market for LED lighting equipment is expected to grow rapidly from the roughly 20 million units sold in 2009 to over 400 million units in 2014.

Given this background, Renesas said it added the high-performance, ultra-low power 16-bit RL78/I1A family of MCUs to its existing 8-bit MCU lineups for use in lighting ballasts. The RL78/I1A family addresses the need of a variety of lifestyles for lower cost, high-color dimming and color temperature control. The RL78I1A supports lighting communication standards for centralized control in buildings and offices.