Acer and Intel have announced the Acer Liquid C1 smartphone based on Intel's Atom Z2420 processor for the Asia Pacific region. The smartphone will be available with a special promotion during Mobile Expo from February 7-11.

The smartphone will be available in retail channels at a price of THB9,990 (US$335) in the weeks following. 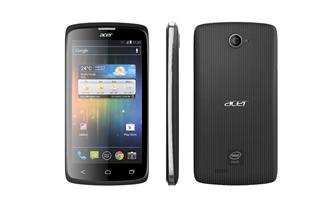