As public clouds continue to grow, the opportunity to transform companies providing dedicated hosting, content delivery or front-end web servers are also growing. High density servers based on low-power processors are able to deliver the desired performance while at the same time significantly reduce the energy consumption – one of the biggest cost drivers in the data center. However, before deploying new equipment in data centers, companies look for several critical features.

The Intel Atom S1200 product family is also compatible with the x86 software that is commonly used in data centers today. This enables easy integration of the new low-powered equipment and avoids additional investments in porting and maintaining new software stacks.

Intel continues to drive power consumption down in its products, enabling systems to be as energy efficient as possible. Each year since the 2006 introduction of low-power Intel Xeon processors, Intel has delivered a new generation of low-power processors that have decreased the thermal design power (TDP) from 40W in 2006 to 17W in 2012 due to Intel's advanced 22nm process technology. The Intel Atom processor S1200 product family is the first low-power SoC with server-class features offering as low as 6W of TDP.

The Intel Atom processor S1200 is shipping today to customers with recommended customer price starting at US$54 in quantities of 1,000 units. 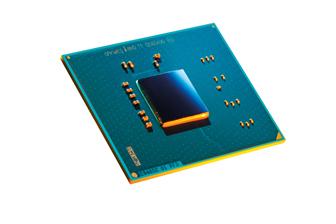