The HTC Magic has a 3.2-inch HVGA touchscreen display and features a trackball for navigation, a 3.2-megapixel camera and GPS. 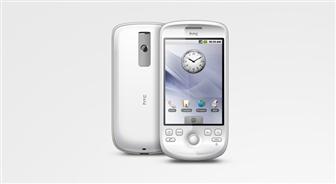