VIA Technologies has announced the VIA EPIA NR Nano-ITX motherboard, powered by a fanless 1GHz VIA C7 processor and VIA CX700 system media processor for compact, quiet and durable embedded systems.

Measuring 12cm × 12cm, the VIA EPIA NR is the first Nano-ITX motherboard to natively support LVDS in two single or one dual-channel monitor configuration without the need for a daughterboard; this makes it suitable for a range of compact embedded devices requiring two displays, such as healthcare, industrial control, retail and signage systems, according to VIA. 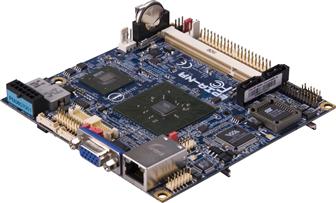