With Intel officially launching its Bearlake platform during Computex, Foxconn is showcasing a number of motherboards featuring the Intel G31, G33, G35, P35, Q35 and X38 chipsets. The motherboards will be able to support Intel's new 45nm processor (Wolfdale for dual-core and Yorkfield for quad-core) with front side bus (FSB) speeds up to 1333MHz, while also supporting DDR2 or DDR2/DDR3 combo memory.

Foxconn is also highlighting new Nvidia 8600 and 8500 graphics card solutions as well as launching its new cooling technology for PCs, which adopts both heat-pipes and a special heatsink. 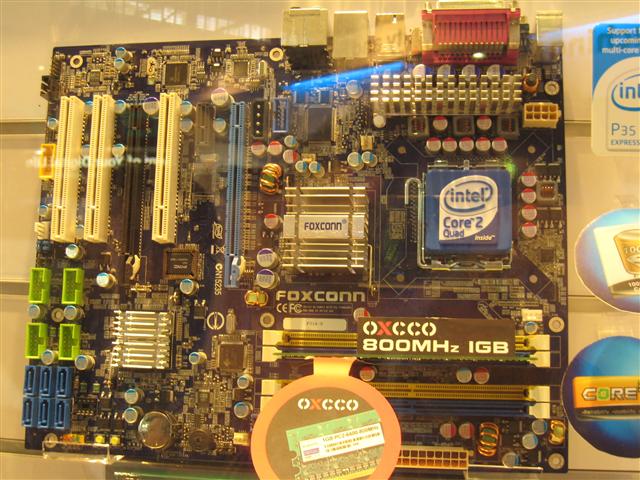 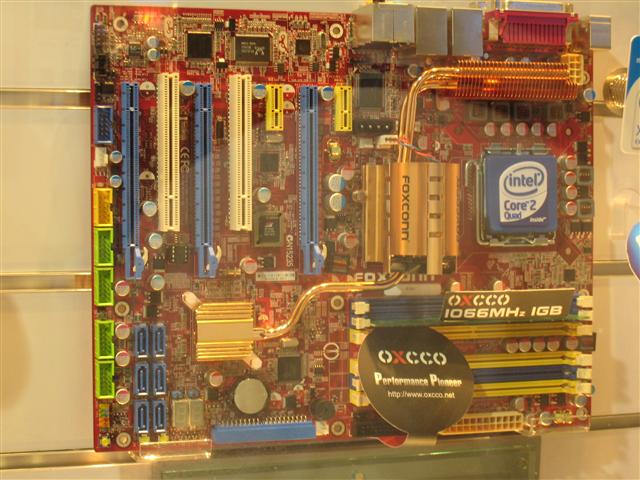