Foxconn (Hon Hai Precision Industry) officially announced the launch of its first true overclocking motherboard, Mars, which will be the first in a new product line called Quantum Force. The new product line will be dedicated to overclocking and gaming enthusiasts, according to the Foxconn.

Based on the Intel P35 chipset, Mars has been specially tuned for overclocking performance, and has undergone extensive testing and trials by some of the world's leading overclockers before release to retail customers in September, stated Foxconn.

Mars will be available in the channel from early September with a suggested retail price of around US$230. 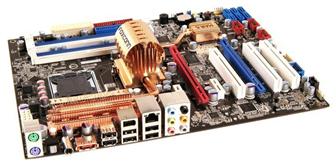