Keeping multimedia enthusiasts and families in mind, the Satellite A135-S4527 sports a 120GB removable serial ATA hard disk drive. The Satellite A135-S4527 is built around a 15.4-inch diagonal widescreen display, and is equipped with a standard DVD Super Multi optical drive for watching DVDs and burning data and personal multimedia projects to one of 11 major DVD/CD formats, including double layer media, noted Toshiba.

With a starting estimated single unit price of less than US$800, the Satellite A135 notebook line is available in multiple configurations at a variety of major consumer electronics and computer stores in the US as well as Toshiba's online store.

The Satellite A135 notebook series comes with a standard one-year limited warranty, which includes carry-in support at Authorized Service Providers, or the customer may utilize any of the more than 3,000 UPS stores for packaging and delivery of the product to a centralized depot for prompt service. Customers can also choose to upgrade their notebook's service plans for up to four years of extended service. 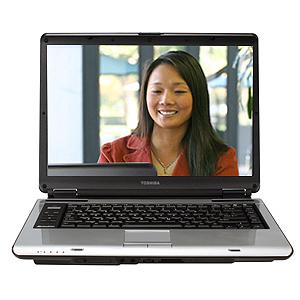