The W610 Walkman phone builds on the look of earlier Walkman phones to combine mobile music with a digital camera, says Sony Ericsson. The W610 stores up to 470 full-length music tracks on the 512MB Memory Stick Micro (M2) provided in the box and also offers the TrackID music recognition application; a feature that lets you record a clip from the FM radio and quickly receive a notification of the track name, artist and album, the company adds. Additionally a 2.0 megapixel camera with auto focus makes the W610 a wonderful fusion of phone, music player and digital camera.

The W610 Walkman phone is a fully specified music phone that does not compromise on its digital camera offering, claims Sony Ericsson. As well as the 2.0-megapixel camera with auto focus, video recording and playback, the W610 provides a horizontal camera menu – so you can hold it as you would a regular camera when taking a picture – and a picture blogging facility for uploading photos directly to an online blog site. The W610 includes an RDS FM radio and come in orange or black. 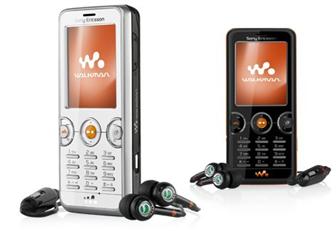