Toshiba on January 4 announced a half-height HD DVD drive able to read and write to HD DVD and to standard DVD and CD discs, bringing the wide ranging capabilities of HD DVD to the desktop PC. Sample shipments of the new drive, the SD-H903A, are scheduled to start this month, according to the company.

The new SD-H903A integrates a blue-violet laser diode that can read and write to HD DVD-R discs and that offers support for high-density HD DVD-ROM discs, including high definition movie and video images. The drive also offers all the functionality of a super multi-drive, with high performance, high-speed read and write to all types of standard DVD and CD discs, said Toshiba.

The new drive takes full advantage of the shared physical structure of HD DVD discs and standard DVD discs, which allows it to read and write to HD DVD-R discs, to read the diverse line-up of discs in the HD DVD-ROM disc family, including twin format disc and combination discs, and to read and write to standard DVD and CD discs, using an optical pick-up head with only a single objective lens, according to Toshiba.

The new drive is also fully compliant with the EU's RoHS directive, which went into effect in July 2006.

Toshiba will feature the new drive at the International Consumer Electronics Show (CES) 2007, in Las Vegas from January 8 to 11, according to the company. 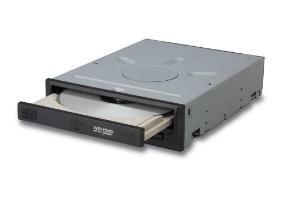