Thermaltake recently launched its Cyclo (CL-R0023) modular memory cooler that can cool four sticks of RAM all at once.

The design of the Cyclo was inspired by a cyclist slicing through wind, stated the company. The two sets of 40mm fans increases the cooling capacity of the heatsinks without increasing the noise of the computer system, stated Thermaltake. The Cyclo can be installed on either side of the memory modules, depending on the preference of the user, noted the company, adding that the two ends of the unit are designed ergonomically so that the installation can be convenient and trouble-free.

The Cyclo will be available worldwide in mid-August with a suggested retail price of US$9, according to the company. 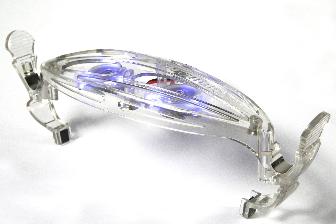