As part of its continuing efforts to tackle rampant drug abuse problems in the country, the Taiwan government looks to further drive anti-drug campaigns engaging citizens, families and schools. In particular, to enable first-line defense in schools, the Taiwan government works with the Taiwan advanced instrument development program to create easy-to-use, portable and cost-effective drug testing instruments to help the police and front-line anti-drug teams carry out on-site investigations.

Four research teams participating in the program developed four instruments which make up a complete solution package for drug testing. The viable and commercializable solution package overcomes the challenges in identifying new types of illegal substances.

At crime scenes where suspicious substances are found, the police often have to make a preliminary assessment on whether the substances are actually illegal drugs to prevent problems of false accusations. False positive assessments are particularly what they want to avoid.

Raman microspectroscopy is an effective way to identify new types of drugs with constantly changing chemical compositions. However, a Raman microscope costs about NT$500,000 (US$17,534), which is a financial burden to law enforcement. In view of this, the team led by Ji-Yen Cheng developed a simple Raman microscope based on cost-effective 2D CMOS sensors and the team's own patented curvature gratings. The team hopes to make its simple Raman microscope available around NT$100,000.

The team led by Cheng-Ying Chou, an associate professor at the Department of Biomechatronics Engineering, National Taiwan University, developed a rapid saliva drug screening instrument that overcomes the disadvantages of urine drug tests. The smart testing solution can simultaneously identify multiple common illegal substances including amphetamine, heroin and ecstasy to allow a quick assessment of suspected drug abuse during a crackdown operation.

Comprising a disposable saliva collection swab, a test kit and a portable analyzer device, the solution resolves the privacy concerns and inconveniences of traditional urine drug tests. It can also be customized to keep up with the changes in new types of drugs. It takes only ten minutes to complete multiple tests for different drugs. Not only can police officers obtain the test results in an instant but they can also print out the results for the test subject to verify and sign as evidence. This significantly reduces law enforcement officers' time and effort and expedites drug testing processes.

To help combat drug trafficking through the mail network in the country, the team led by Yu-Tai Li at Industrial Technology Research Institute (ITRI) incorporates THz imaging onto a portable biological imaging device to scan lightweight materials such as clothing, mails and plastics without radiation exposure.

Comprising an automatic feeder, a sorting apparatus and a terahertz imaging device, the system automatically processes large amounts of mails loaded on a conveyor belt and screens out suspicious articles using AI-based image recognition, which are then further identified and sorted based on the types of contrabands. The entirely automated process can ease the burden on anti-drug teams and narcotics detection dogs that have to inspect enormous volumes of mails.

Liquid chromatography mass spectrometry (LCMS) is essential to nearly all chemical analysis. It also serves as the critical final step in confirming drug addiction. However, these devices come with a typical price tag around US$1 million. The team led by Sinica academician Chung-Hsuan Chen is committed to developing an innovative portable LCMS that features with lightweight, easy-to-use,low-cost and capability to do in-situ real-time analysis. The team has also made portable liquid chromatography and portable mass spectrometer as two independent instruments that can be flexibly used by different types of fields and applications to obtain optimal marketability. 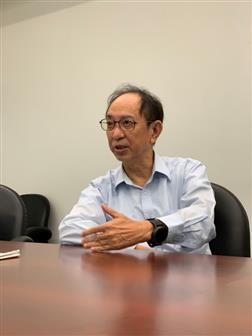 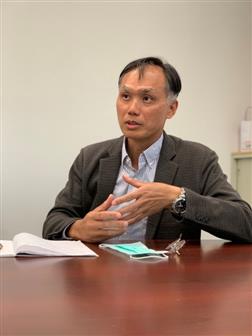 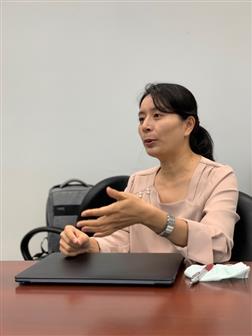 Tags
IT + CE IT components, peripherals Taiwan testing
Looking for startups?
Startup database
Profiles of startups from Taiwan and around the world: their technologies, product developments, fundraising rounds, etc. All startups are welcome to register their profiles - free of charge.
Register
Accelerators & incubators
Information about accelerators and incubators from Taiwan and around the world that are mentoring startup businesses and teams. All mentors are welcome to register their info - free of charge.
Register
Events calendar
Major events, including those organized by the government, DIGITIMES, and others, featuring startups, innovative technologies and products from Taiwan, Asia and around the world.
Realtime news
Latest Digitimes news
Around the web
Interviews
Topics
Quarterly research reports