The combination of Intel's 3D tri-gate transistor technology and architectural enhancements help make possible up to double the 3D graphics and HD media processing performance compared with its previous generation of chips, said Intel. With as much as 20% microprocessor performance improvements and new technologies to speed the flow of data to and from the chips, the new processors further extend Intel's overall performance leadership.

The performance gains found in the new processors are due in part to the groundbreaking, three-dimensional structure of the new Intel transistors. Until today, computers, servers and other devices have used only two-dimensional planar transistors. Adding a third dimension to transistors allows Intel to increase transistor density and put more capabilities into every square millimeter of these new processors.

The third-generation Intel Core processor also adds security features, including Intel Secure Key and Intel OS Guard to safeguard personal data and identity. Intel Secure Key consists of a digital random number generator that creates truly random numbers to strengthen encryption algorithms. Intel OS Guard helps defend against privilege escalation attacks where a hacker remotely takes over another person's system. These two features join existing platform security features such as Intel Identity Protection Technology and Intel Anti-Theft technology to help make Intel platforms some of the most secure in the industry. When paired with the Intel Series 7 Chipset, the new processors with Intel IPT can make a portion of the screen unreadable to spyware with the "protected transaction display" feature, helping prevent a hacker from obtaining login credentials that could lead to identity theft.

Systems based on quad-core third-generation Intel Core processor products will be available beginning this month from leading system makers. Boxed versions of these processors will also be available this month from online, retail and channel resellers. Additional versions of the third-generation Intel Core processor products for servers, intelligent systems in retail, healthcare and other industries, Ultrabook devices and notebook and more will be available later this year. 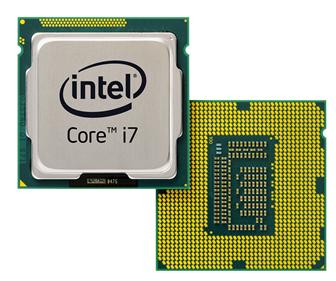