Taiwan-based manufacturers shipped a total of 30.42 million LCD monitors in the first quarter of 2011, down 3.7% sequentially, according to latest data collected by Digitimes Research.

First-quarter monitor shipments from Taiwan makers still represented an increase of 3.8% from a year earlier, indicating the industry remained healthy. Additionally, the impact of the March 11 Japan earthquake on global monitor shipments was limited, as evidenced by over 30-40% sequential shipment growth rates recorded by Taiwan makers in March. 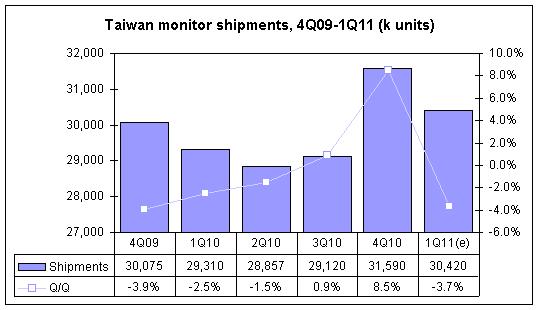