Garmin-Asus is set to launch its Android-based Nuvifone A10 smartphone in Taiwan on September 10 which is currently available for pre-order, according to company vice president and general manager of mobile device business, Bensen Lin. 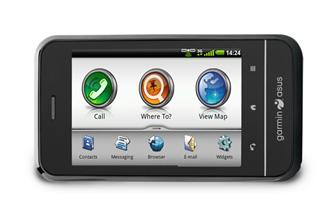