The P7F7-E WS adopts Intel 3450 chipset with integrated graphics as well as LGA 1156 socket for support of Intel's latest Xeon and Core processors.

The motherboard is embedded with six memory slots and supports up to 16GB of DDR3 memory, while Asustek's exclusive GPU Boost technology can overclock the integrated GPU in real time for a higher graphics performance. 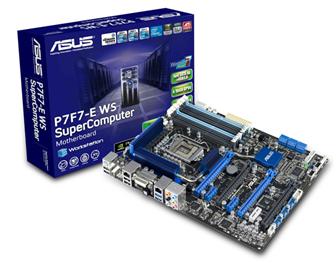