JVC on June 25 debuted a new Everio series digital video camcorder, the GZ-X900, for launch soon in the Taiwan market at a recommended retail price of NT$42,900 (US$1,310), according to JVC Taiwan. 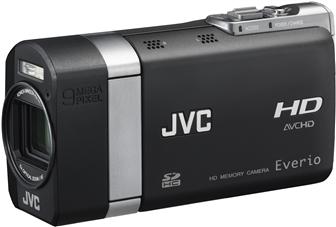