ASRock has launched a motherboard based on AMD's 780G and SB700 chipsets, the A780FullDisplayPort, which features outputs including D-Sub, DVI, HDMI and DisplayPort through a dongle. 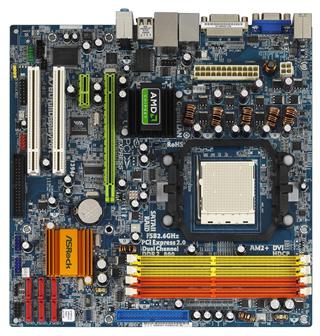