Micro-Star International (MSI) has announced the VR340, a 13.3-inch notebook which weighs 2.2kg, making it a suitable choice for consumers, who need mobility, according to the company.

The VR340 features an Intel Pentium dual-core processor and Intel GL960 chipset, and can support DDR2 533/667 memory up to 3GB. 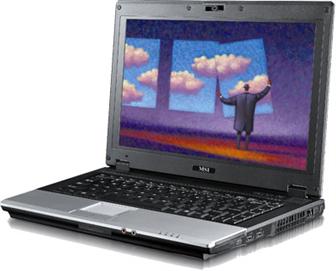