Nvidia claims the APX 2500 boasts the industry's first HD (720p) playback and capture capability for handheld devices. The chip features an ultra-low-power GeForce core that is OpenGL ES 2.0 and Microsoft Direct3D Mobile compliant, and Nvidia nPower technology, enabling over 10 hours of high-definition video playback and up to 100 hours of audio.

The APX 2500 is already sampling with key customers and will enter into full production by the end of the second quarter, said Nvidia. The chip is currently being shown at Mobile World Congress 2008 in Barcelona. 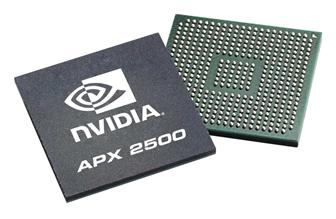