Sanyo Electric recently announced the launch of a home-use full high-definition (HD, 1920×1080) LCD projector, the LP-Z2000. The new projector will be on sale in Japan starting from November 1, 2007. 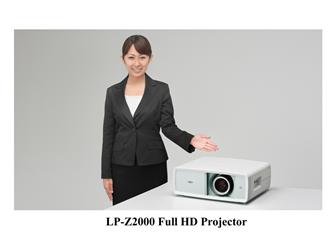