Positive about the outlook of the ultra-mobile PC (UMPC) market, Gigabyte Technology recently debuted its first UMPC in Taiwan. The U60 will be available in Taiwan on May 22 with initial shipments of 500 units and hit the global market in the second half of 2007, said the company.

The model, features VIA Technologies' C7-M processor and is made by Arima Computer, according to sources. Gigabyte is also partnering with Chunghwa Telecom (CHT) to provide 3G/3.5G service.

The motherboard maker said it will launch another UMPC model in the second half of 2007.

UMPC market has the chance to exceed two million units in 2007, Gigabyte estimated. 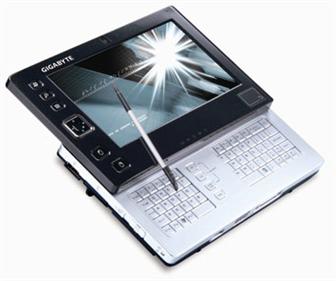