Anydata on March 12 announced the release of its AWR-600WK Wi-Fi router with broadband WCDMA/HSDPA network access.

The AWR-600WK features 3G HSDPA Release 5 with data rates of up to 7.2Mbps download, backward compatibility with WCDMA, four RJ-45 ports and a built-in DHCP server that can support up to 253 users. The router also has a Web-based configuration wizard that allows administration, firmware upgrades and diagnostics, and advanced Wi-Fi and Ethernet security features, according to the company.

The AWR-600WK has dimensions of 155×28×120mm. For maximum performance, it features two antennas – one for the local Wi-Fi network and one for the WCDMA network. 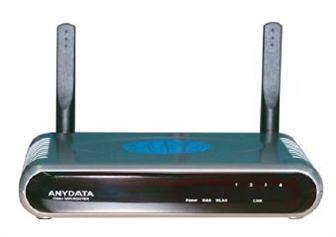