The displays include the SPV E650 from Orange, which is manufactured by HTC and as Microsoft claimed, will be the first Windows Mobile 6-powered handset to be launched for the European market scheduled in the second quarter of 2007.

For the Japanese market, HTC will cooperate with Toshiba to build Windows Mobile 6-based smartphones for Softbank Mobile, which is expected to launch the new handsets in June, according to Microsoft sources.

Other Windows Mobile 6-powered models include the BenQ-Siemens dual-brand E72 from BenQ, the P526 and the Aries from Asustek, and the t600 from Gigabyte Communications, as well as an ODM model built by Inventec for Dubai-based i-mate, the JAQ4.

The BenQ E72 will be built using an OMAP 1030 260MHz processor from Texas Instruments (TI) and support UMA (unlicensed mobile access)/VoIP and push email technology, according to sources at the company.

The JAQ4, which will be the first GPS-enabled PDA phone from i-mate, will be built using a TI 200MHz OMAP 850 processor and features built-in Bluetooth and Wi-Fi functions. 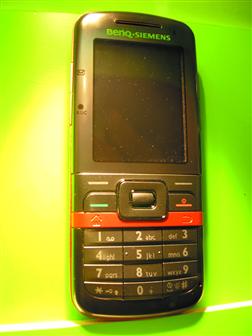 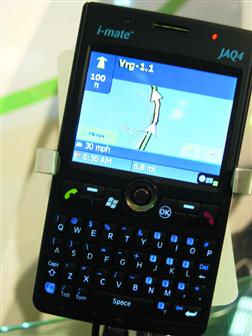