Toshiba today announced the launch of its second-generation HD DVD players in the Japanese market. The company will roll out two new players, the HD-XF2 and HD-XA2, from late December.

The new HD DVD players are smaller and offer improved speed in loading and response times over the HD-XA1, which Toshiba introduced to the market in March 2006. The new high-end HD-XA2 supports Deep Color technology, an optional standard under HDMI that improves representation of color tones and achieves finer color gradation.

At 65.5mm, HD-XF2 achieves the industry lowest height of any next generation digital high-definition player (as of November 15, 2006), according to Toshiba.

Through the HDMI interface, high-definition pictures stored on a disc can be displayed digitally in HD, on digital TVs and displays that incorporate HDCP capable HDMI input. Through the HDMI interface, standard definition DVDs can be up-converted to an output resolution of 720p or 1080i (1080p for HD-XA2), to complement the performance of a HDTV. HD-XA2 integrates a 1080p compatible up-scaler and a high performance IP converter that supports Deep Color technology to achieve finer color gradation.

In addition to prerecorded DVD software, the new players support playback of DVD-R and DVD-RW discs. The players are also compatible with music CDs and can play back CD-R and CD-RW discs, according to Toshiba.

The new HD DVD players comply with the European Union's RoHS directive, which came into force in July 2006. 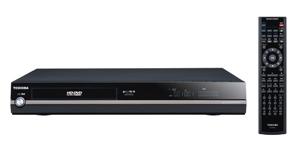 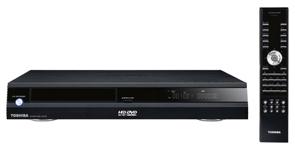