The motherboards also provide complete support for Windows Vista, according to MSI. The MS-7276 uses the ICH8DH for the south bridge and integrates all of the necessary functions for digital home and digital office technologies, including Intel PRO Gb LAN to get digital entertainment from the Internet and Intel Matrix Storage technology to quickly save and play various digital contents through RAID configurations, stated MSI.

All the components of the MSI G965/Q965 series motherboards are Restriction of Hazardous Substances (RoHS) compliant, according to the company. 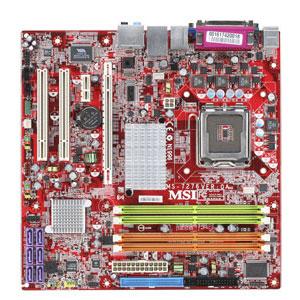