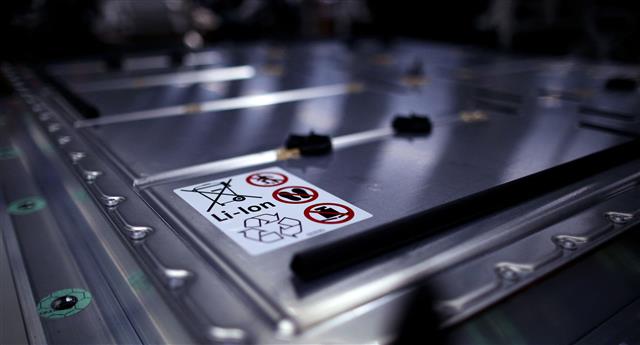 China's electric vehicle (EV) battery makers are reportedly brewing a boycott against materials suppliers, as the materials prices have hiked to "intolerable" levels, according to media reports.

Currently, a tonne of lithium carbonate is quoted at CNY500,000 - outrageous for many battery makers in China. Market rumor has it that CATL and BYD are incubating a boycott against battery material suppliers.

However, the materials are in demand, so even if the boycott happens, the prices might not drop to previous levels so easily, sources in the supply chain said.

The persisting Russia-Ukraine war also causes nickel prices to skyrocket. The London Metal Exchange earlier this month suspended nickel transactions for about a week. Morgan Stanley forecast that the swelling prices led to a US$1,000 increase in an EV's production cost.

It is said nickel price surges mainly resulted from futures speculation so they will return to normal levels soon. General Motors and China Passenger Car Association have estimated that the impact of nickel price fluctuations on AFVs will be limited for the time being.

However, nickel price hikes are mainly caused by the Russia-Ukraine war. Uncertainties remain as the war drags on. If the price fluctuations have any impact, ternary batteries used in midrange and high-level AFVs will be affected most.

The price hikes of lithium carbonate exert more pressure on suppliers of cheaper cars, especially those sold at CNY200,000 or lower. Such cars mostly use LFP batteries. Some suppliers have reportedly stopped taking orders due to price surges of components.

Low-priced cars are the EV industry's vanguards. In 2020 and 2021, the Mini EVs launched by China's SAIC-GM-Wuling Automobile were sold better than estimated.

Many European and US automakers, including Tesla, are reportedly planning to launch low-priced models, but their plans might be grounded or postponed due to component shortages and material price increases.

Lithium battery makers are reportedly planning to boycott against material suppliers and to re-negotiate contracts with clients. There is even speculation that many deals inked in 2021 could be scrapped.

It can be inferred that LFP battery makers, after suffering losses from low-priced cars, will turn to the mid-priced cars that are usually powered by ternary batteries. A tug of war between the two kinds of batteries can be expected.

LFP batteries are gaining dominance. In 2021, their market share in China's power battery market grew from 30% to 50%, equal to that of ternary batteries. An example of the change is that Tesla has switched to LFP batteries for all standard range Model Y and Model 3 cars. Overall, the sales of both batteries have grown significantly due to the increase in global AFV sales.

Ternary batteries are more susceptible to price changes of lithium carbonate, nickel, and cobalt, which might push some automakers to embrace LFP batteries if they have access.

Source: Suppliers in the EV industry, compiled by DIGITIMES, March 2022