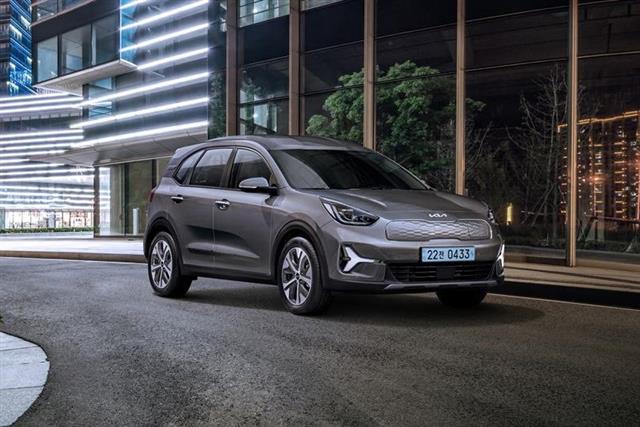 Kia reportedly will adopt battery cells from China-based CATL for its new generation of Niro electric vehicle (EV), which industry sources said could be a starting point for Chinese battery makers to foray into South Korea's car manufacturing market.

According to reports by Digital Times and Korea Daily News, the new Kia Niro EV will be powered by a 64.8 kWh nickel cobalt manganese (NCM) battery from CATL, becoming the first EV model in South Korea to adopt batteries made by Chinese manufacturers.

Up until now, Niro EV models have been equipped with batteries from SK On, and the reason for the change is said to be due to the battery shortage, the reports explained.

Referencing a Kia manager, the reports said that Kia switched to CATL batteries because they met Kia's internal quality standards, and that the Chinese manufacturer could offer stable supply of the batteries. However, some industry sources believe the motive behind the switch was to lower costs, the reports noted.

Industry sources pointed out that Kia had originally planned to switch from SK On to LG Energy Solution (LGES) as battery supplier for its new Niro EV. Although Kia had mentioned in the pre-order contract that the new Niro EV will be powered by lithium polymer batteries, the automaker eventually chose to adopt CATL's lithium-ion batteries, the sources said.

CATL mainly produced lithium iron phosphate (LFP) batteries in the past, and this will be the first time that the manufacturer mass-produces NCM batteries, the sources continued, adding that the quality and safety of CATL's NCM batteries have yet to be verified by automakers.

Moreover, while both LGES and SK On are producing NCM811 cells with increased nickel content for higher energy density, the CATL cell is an older design with higher cobalt content, which may affect the vehicle's driving performance, the sources said.

Data from SNE Research show that CATL accounts for 33.7% share of the global EV battery market in 2022, with LGES in second place with a 14.9% share. Another two major South Korea-based battery makers SK On (7%) and Samsung SDI (4%) are in the fifth and seventh places, respectively.

While Chinese battery makers have difficulty entering the US market due to the ongoing trade war, their shares in the Chinese and European markets have continued to grow, industry sources said. With Tesla's decision to adopt LFP for its vehicles, the difference in market share between South Korea and China will continue to widen, the sources added.