We have to live with geopolitics and epidemic 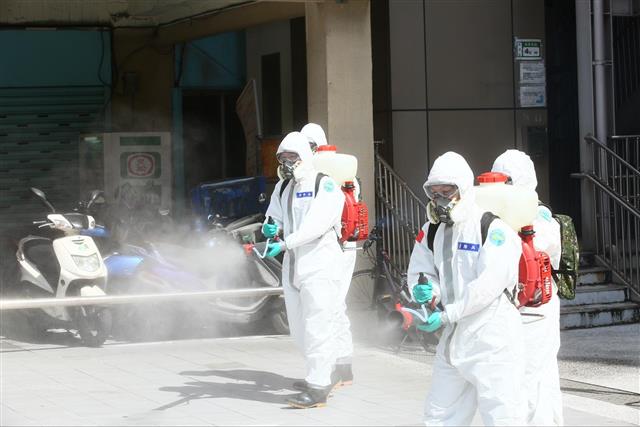 Over 30 years since the collapse of the Soviet Union in 1991, Taiwan has benefited from a stable international environment, where geopolitical interference and war have hardly impacted the country. We respect the laws of business while manging the supply chain. The impact of the war between Ukraine and Russia is not just a matter of giving up the Russian market, but how to make the most appropriate choice in the future in the context of the polarized confrontation.

Appealing for international support in the wake of the Russian invation, the vice premier of Ukraine told Asus that technology is not used to support war. Asus and Acer both have 9% market share in Russia, which accounts for 5% of Asus' global revenue. We can understand that Asus, with US$19.3 billion in revenue in 2021, is facing an annual revenue loss of nearly US$1 billion.

Taiwan's notebook makers have spent a lot of efforts operating the Russian market, but they have now ended up empty-handed. For all companies, the risk of "geopolitics" may not only be the immediate loss of business, but also the long-term intangible loss for taking sides.

When aviation fuel prices rise, airlines can pass on nearly 40% of the cost to consumers through fuel surcharges, while the rest can be hedged by pre-purchasing fuel, insurance, and other means. The risk is manageable for the airlines or the contracted carriers. But a wrong move in the "political game" may land a company in disaster.

At present, the global pandemic seems to be easing, but with the recent COVID surges in China, it is still hard to be optimistic about the passenger transportation situation.

In 2021, the total number of passengers entering and leaving Taiwan's Taoyuan Airport was 910,000, 87.8% less than the 7.44 million in 2020, and 98% less than the 48.69 million in 2019. Border control may ease somewhat in 2022, but it is estimated that there will only be 1.5 to two million passengers, a far cry from the historic high of nearly 50 million. It is expected that China Airlines and EVA Air will continue their business model of making money from cargo in the past two years.

By the end of February 2022, more than 60% of the world's regions have relaxed border control, with the highest percentage of 79% in North America, 50% in Europe, and only 41% in the relatively conservative Asian countries.

But Asian countries are under pressure. Not only did the number of confirmed cases in South Korea exceed 600,000 at one point, but Shenzhen and Shanghai both announced a "quasi-city closure" in late March 2022, a major impact on the stability of the global supply chain. Shanghai and neighboring coastal Chinese regions later also imposed COVID lockdowns. With a total GDP of RMB4 trillion in Beijing, RMB3 trillion in Shenzhen and an even larger one in Shanghai, it is possible to imagine the impact of a one-week city closure on the supply chain.

Although Taiwan has opened up to a small number of business visitors since 2022, tourists will still be deterred bu quarantine measures. If Taiwan's tourism industry is to recover half of its level, then we have to look forward to the unblocking of Taiwan and China, Japan and South Korea. As long as China, Japan and South Korea lift their restrictions, then there is a chance of recovering 50% of the passenger business. But the airline industry estimates that it will take until 2023 to enter into a full lift of restrictions.

Currently, these airlines account for more than 90% of cargo revenue, but in order for the two-way passenger and cargo traffic to proceed, they will have to wait until the restrictions are lifted in each country and business and tourist passengers are able to enter and leave the country freely. However, during the epidemic, because of the quarantine needs, the management of the flight crew has exceeded the original expectations. All flight crews face great challenges in terms of mental and physical stress, and the experience has been even more unprecedented for the management team.

Colley Hwang, president of DIGITIMES Asia, is a tech industry analyst with more than three decades of experience under his belt. He has written several books about the trends and developments of the tech industry, including Asian Edge: On the Frontline of the ICT World published in 2019, and Disconnected ICT Supply Chain: New Power Plays Unfolding published in 2020.
Tags
commentary editorial Geopolitics President of DIGITIMES President of DIGITIMES Asia
Share this article
Other links
Print
Related content
Related stories
To stay put or to take action?
Industry strategies and geopolitics
Walking a tightrope (4): Geopolitical risks
Walking a tightrope (1): Global economy and future risks
Voice economy (1): Voice as a vehicle of comfort
Dynamic supply chain management is the new normal
Factories in Shanghai unlikely to run regularly until after mid-June
Industries and logistics support each other
Logistics won't be cheap anymore
An era of high inventory
Geopolitical climate is changing global semiconductor value chain