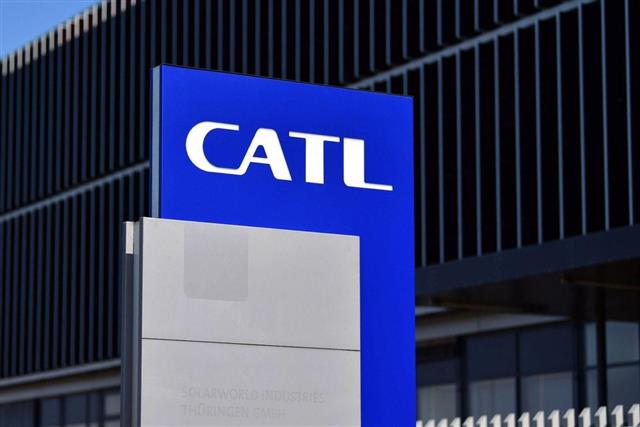 Most companies pointed out that the Chinese government's policy lead in energy transition has helped enhance the development of business, so we are seeing a lot of automotive components suppliers rise up to the ASC 100 Ranking this year. Out of the top 100, 34% fall in the automotive categories (excluding semiconductors).

Looking ahead, suppliers expect to see strong demand for electrification and digitization while remaining cautious over supply chain disruptions as the pandemic lurks.

Out of all suppliers from 11 Asian countries, China's suppliers account for 37% in the ASC Top 100 2022, Japan 34%, and South Korea 11%, showing that pivotal suppliers are still mainly headquartered in East Asia, especially China, with manufacturing operations and subsidiaries in other countries.

Supply chain disruptionCompiled by DIGITIMES, May 2022

Shortages of semiconductors, IT components, and auto parts continue to overshadow the global supply chain, as EV became branded as a vital tool for creating a decarbonized environment and demand for auto chips keeps growing. COVID impact has yet to be completely behind us either - China's infinite zero-COVID policy and lockdown measures could cause further strains on supply.

Both TCL Electronics and Hisense Home Appliances reported a considerable on-year decline in profits and attributed it to increasing costs of electronics components and materials, reiterating the extended instability of the supply chain. On the other hand, green energy integrator and power grid operator TBEA cited the undersupply of polycrystalline silicon (polysilicon) materials in its annual financial statement and planned to increase production.

Last year, TCL Electronics reported a smaller net profit than in 2020, citing the impact of rising materials prices such as panel and semiconductors, rising freight rates, and slowing demand caused by the pandemic. Facing fierce competition from AIoT electronics in China, TCL Electronics' sales of smart displays in China also declined by 24.4% on-year.

However, the group sees ongoing sales expansion around the world with overseas sales accounting for 73% of total sales last year.

According to Sina News, TCL Technology Group (placed the 39th in ASC100 2022) CFO Hu Dien-Chien said while 2022 started in a smooth sailing with overall gross margin expanding at a fast speed and downstream products seeing a good profit rate, the company will need to be cautious about production scale for the second half of the year.

Hisense Home Appliances reported a decline in net profit for 2021, which was mainly led to by losses in the household air-conditioning business. The company listed major risks ahead in its annual financial report, among which rising material costs, supply chain disruption, and slowing demand for appliances due to economic uncertainties were reiterated.

Rising manufacturing costs enabled home appliance brands to make upgrades. As one of the leading suppliers of home appliances, Hisense unveiled intelligent, high-end refrigerators and washing machines to stimulate sales. According to Finance Sina, the Chinese home appliances market is shifting from practical models to multi-functional and quality upgrades.

The company also points its direction to the automotive sector - it announced the acquisition of Japan-based Sanden Corporation in March 2021 to gain market share in automotive air-conditioning and compressors.

Most suppliers pointed out that China's green energy policy is supporting company growth. These emerging suppliers - from EV batteries, PV energy materials to green energy-powered AIoT electronics, have stressed that they are following the government's direction closely.

At the Two Sessions this year, China has consistently reconfirmed the dual carbon strategy, which is to reach a carbon peak by 2030 and carbon neutrality by 2060, and the importance to push for technological breakthroughs to meet the goals.

The Chinese Academy of Sciences (CAS) put out roadmaps for the short-, medium-, and long-term to solve technological bottlenecks for a new energy revolution, according to Xinhua News Agency. The vice president of CAS, Zhang Tao, was cited as saying that the dual carbon strategy is a revolution of the socio-economic system, involving power sources, industrials, transportation, and carbon reduction in both ecological and technological ways.

One of the fast-rising suppliers among this year's ASC top 100 is Contemporary Amperex Technology (CATL). The world's largest EV battery manufacturer has become a superstar downstage. Last year CATL ranked the 101st, just one place shy of the top circle. Throughout 2021, its annual revenue leapt 175.4% to over US$2 billion, rising to the 49th in ASC 2022.

CATL's sales of lithium batteries grew by 184% from the previous year to 133.4GWh, for which power batteries accounted for 87% at 116.7GWh, according to its financial statement.

Despite strong growth and a bright outlook amid EV demand, the company pointed out that it will continue watching out for macroeconomic risks, intensified market competition, and supply chain disruptions; it also indicated that it is important for battery makers to continue developing new battery technologies.

As more players emerge in the battery industry, competition on battery performance, energy density, and safety intensifies, and production is expected to expand exponentially. To respond to such challenges, CATL noted that it will continue to invest in research and development to maintain its competitiveness.

Taking the wind of the global energy transition, China's TBEA is a power grid operator headquartered in Xinjiang Uygur Autonomous Region (XUAR) which devotes itself to developing green energy through a subsidiary Xinte Energy.

Despite the US sanction on forced labor in Xingjiang, the company said its business has not been affected by the ban.

Last year, the price of polysilicon has risen by 148%, compared to 2020, and hit a 10-year high at CNY272/kg, rising from CNY87.6/kg at the beginning of the year due to tightened supply, according to official data from the China Non-ferrous Metals Industry Association (CNIA).

China's green energy policy may continue to drive demand for PV energy materials including polysilicon as China has logged the world's biggest annual PV energy capacity expansion for nine years in a row. In 2021, China's installed capacity of PV energy increased by 54GW to a total of 306GW.

In March 2022, TBEA disclosed a new polysilicon production project of 200,000 tonnes in Xingjiang. The project will need a total investment of CNY17.6 billion; 8.8 billion will be raised through Xinte Energy's IPO in Shanghai A shares and the rest will be bank loans, according to Chinese news outlet STCN. The project will take about two years.

The rise of EV components

In the coming years, there shall not be much surprise if ASC100 continues to see more automotive component suppliers, semiconductor suppliers, and green energy operators on the list as the electric vehicle (EV) penetration rate is expected to exceed 30% in 2025, according to DIGITIMES Research.

Demand for EV components and charging infrastructures will grow at a high pace as well.

Global sales of electric vehicles (EV) more than doubled in 2021, according to DIGITIMES Research. For the medium- and long- term, EV sales are estimated to reach 29.64 million units in 2025 with a penetration rate exceeding 30%.

Eligible for ASC nomination for the first time after its IPO last year, South Korea-based EV battery supplier LG Energy Solution (LGES) placed at the 66th. For 2021, LGES reported an annual revenue of US$1.5 billion with a 4.6% profit margin.

Well-positioned in the EV trend, the LG subsidiary will continue to expand manufacturing capacity of EV batteries with close ties to its major client General Motor.

Notably, the company foresees a relaxed chip shortage in the second half of 2022 and there will be more EV lineups in the market. In response to increasing demand, the battery maker is raising capital expenditures by a wide 58% from last year, according to its official financial statement.

Joining the ASC100 for the first time, Renesas attributed the increase in revenue mostly to the recovered demand for automobiles after the pandemic waned off. The Japan-based chipmaker acquired UK-based Dialog Semiconductor in August 2021, which also contributed much to Renesas' revenue growth.

Its supply of MCUs and SoCs for industrial use, infrastructure use, and IoT use to support the development of a smart society also increased significantly, partly because of the acquisition of Dialog. The chips in these categories are mostly used for factory automation, data centers, mobile phone base stations, and OA devices.