2022 ASC 100: TSMC rated as most lucrative semiconductor firm in Asia 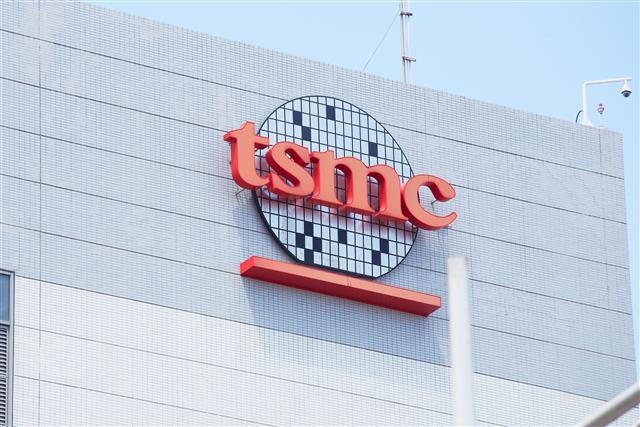 Among the top 100 semiconductor companies in Asia, Taiwan-based contract manufacturer TSMC was ranked as the most profitable company with a 37.6% net profit margin in 2021, according to the 2022 Asia Supply Chain 100 (ASC 100) Ranking.

TSMC's revenues and profits in 2021 were ranked No.15 and No.3, yet it stood out with the highest profit margin, followed by Taiwan's MediaTek and South Korea's SK Hynix, the 2022 ASC 100 Ranking found.

Since the fourth quarter of 2018, the global semiconductor industry has drastically cooled down due to multiple factors in the macro environments, such as the US-China trade war, slashed demand for servers and handsets, and processor shortages. Demand for memory devices also slid, leading to rising inventories of suppliers. Despite the industry's general stagnation, TSMC's revenues have shot up since the third quarter of 2019, with its yearly revenues hitting a new high.

The COVID-19 pandemic starting in 2020 triggered a boom in the stay-at-home economy, spurring demand for consumer electronics such as notebooks. To prevent materials shortages that have surfaced in the first quarter of 2020, suppliers chose to stockpile more materials and components. International bans on Huawei's products also compelled suppliers to pull in shipments ahead of schedules. Meanwhile, rising demand for 5G and AI applications has further pushed up demand for chips.

As a result, global chipmakers saw their production capacities strained through 2020 and 2021. Their clients have queued up to get 8-inch and 12-inch wafers. In 2021, chip manufacturers were allowed to raise quotes for tight supplies. Their robust growth fended off market rumors that orders for chips would dive and that Apple might drop orders.

Some people said the party of semiconductor firms will be over in 2022. The Russia-Ukraine war, pandemic curbs in China, and global inflation add manifold pressures to the supply chain. The market is teeming with bleak forecasts – demand for consumer electronics is waning; IC designers would cut orders to manufacturers; suppliers' inventories are swelling; materials shortages are persisting, and equipment suppliers have reported more delays in lead times.

A reversal of chip supply and demand is looming, some observers warned, adding that chipmakers – following their expansion spree – would experience a crisis of idle capacity.

TSMC has expressed confidence about the following quarters of 2022. The company projects that its second-quarter revenue will land between US$17.6 billion and US$18.2 billion, which will mark a sequential growth of up to 3.5%. It anticipates a gross profit margin of 56-58% and an operating margin of 45-47%. Its total revenues in 2022 are likely to grow by 30%, according to TSMC's estimates.

Regarding conservative forecasts about terminal demand and chip manufacturing, TSMC said 5G and high-performance computing (HPC) will be trending in the next few years and stimulate demand for chips used in phones, cars, and IoT devices. HPC applications, including CPU, GPU, and AI accelerators, will be the company's main growth driver. In fact, HPC applications have contributed 41% to its revenue in the first quarter of 2022.

TSMC's optimism is not ungrounded. Its advanced manufacturing and packaging technology is indispensable for major HPC chip suppliers. In addition to AMD which continues to expand its market share of servers, Apple's turn away from Intel to in-house chip development results in more orders to TSMC. Nvidia has returned to TSMC as well, for it needs a 5nm process for making RTX 40 GPUs. Intel collaborates with TSMC on the 7/6nm process and is a client of TSMC's 3nm process. These orders have brought record-high advance payments to TSMC.

TSMC is reportedly to raise quotes again by 5-9% in 2023, showing that demand for chips remains brisk. Price hikes will alleviate its rising cost pressure due to new fab construction projects in Japan and America.

Looking ahead, TSMC remains a global leader in advanced manufacturing processes, far ahead of Samsung and Intel. It has grasped orders from almost all tech giants except Samsung. In addition to securing clients for the 3/2nm process, TSMC has embarked on R&D for the 1.4nm process. It aims to ratchet up its CAGR from 2021 to 2025 to above 15%. Sources in the supply chain even said TSMC's latest production blueprint has extended to 2030.