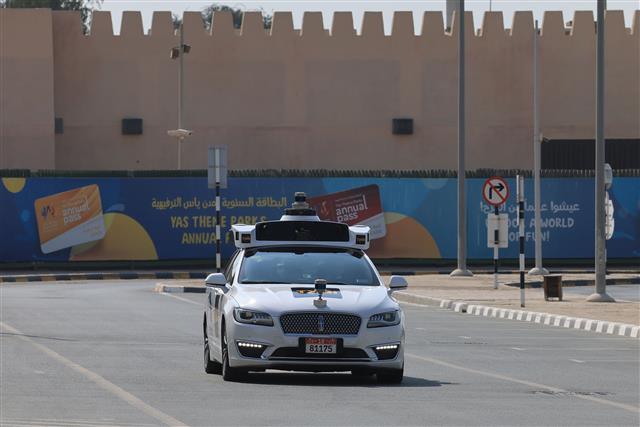 Many carmakers are gearing up to develop autopilot software and hardware. Credit: AFP

Driven by the shortages of automotive chips, many automakers have embarked on semiconductor development, but they need to tackle multiple challenges such as cost and technical barriers, according to industry sources.

Tesla provides the best example. The US-based electric vehicle (EV) maker dropped Intel's Mobileye and Nvidia's chips and turned to developing its own self-driving chips for cars such as Model 3.

In the past, each international carmaker usually had its own ways of securing chip supply, but chip shortages since 2021 have compelled them to explore ways for ensuring undisrupted chip supply. Independent chip development is one of the ways.

While carmakers get involved in chip development for different reasons, some of them are not very certain yet about positioning strategies. Market observers suppose most carmakers interested in chip development would focus on IC design. However, they might drop out of the undertaking midway or might not be engaged so deeply as estimated, observers said. The following are some aspects worth further observation.

Semiconductor Engineering estimated 7nm and 5nm chip development costs at US$297 million and over US$500 million, respecitvely. Qualcomm reportedly spent about US$300 million on the R&D of Snapdragon 8155 chips made with 7nm process. Among emerging carmakers, only Tesla has turned a profit, while others are struggling with losses.

Sources in the supply chain said autonomous driving and smart cockpits require different designs. Developers have to tap into CPU, GPU, and MPU development, which is no easy task and involves considerable personnel costs on engineers. For established carmakers, costs might not be a problem, but they are not necessarily able to recruit qualified talent for semiconductor development.

China-based companies are not yet able to develop 5nm and 7nm chips, so they have to rely on suppliers such as TSMC and Samsung Electronics.

A growing number of Chinese carmakers aim at achieving chip autonomy. However, once they grow big enough, they might face the same international pressure besieging Huawei, Chinese media have warned.

Apart from their own R&D efforts, many carmakers still maintain partnerships with established chip suppliers. For example, Volkswagen and BMW collaborate with Nvidia, Qualcomm, and Mobileye while continuing to build partnerships with platforms on advanced autonomous driving.

China's emerging EV makers Nio and XPeng have been involved in chip development, and Li Auto also plans to follow suit. BYD, a more established carmaker, has been dedicated to power semiconductor development for years.